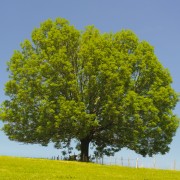 And according to the Tree Council, new research on the Ash dieback may be able to save our UK Ash Trees!

Check out our previous post on the Ash Tree dieback here for more information.

To help stop the spread of the Ash Tree dieback, we are offering FREE Health Checks for your Ash Trees and any other trees or shrubs.  Just get in touch to arrange a free inspection. 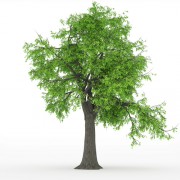 The ash tree is likely to be wiped out in Europe, according to a review of the evidence.

According to the research, published in the Journal of Ecology, the British countryside will never look the same again.

The paper says that the ash will most likely be “eliminated” in Europe.

This could mirror the way Dutch elm disease largely wiped out the elm in the 1980s.

For more information on this problem, head to the BBC News website.

If you are concerned for your Ash Trees, please get in touch with JJ&B Treecare.

With our FREE HEALTH CHECK we can diagnose any problem or issue for you and advise on the best course of action! 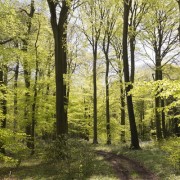 In recent news, the Woodland Trust is to help dying Ash Trees!

The charity has signed a £4.5 million contract to develop a more transparent supply chain for sourcing UK trees.  Woodland Trust states that the deal will ensure that the trees it plants over the next few years are from fully traceable seed stock sourced from throughout the UK and Ireland.

This will help to reduce the risk of tree diseases and premature dying of trees, as seen with the Ash Tree dieback which begun in 2012.

If you’re concerned with the welfare regarding any of your trees or shrubs, please get in touch with JJ&B Treecare.

We offer a Free Health Check for your trees!

We are a conservation minded company, and would never remove or fell a tree unless there is proper just cause.

Ash dieback is threatening the future of our precious Ash Trees in the UK at an alarming rate. Denmark, who rely on the tree for it’s strength and beautiful quality in furniture has already been tackling this fungus based disease for over a decade without any cure. Denmark have already lost a staggering 95% of their forestry of Ash Trees.

The Ash dieback outbreak which creates rot within the inner circle of the tree trunk, has already hit the UK making an uncontrollable impact already for many woodlands throughout the country.

The Ash tree in Britain is vital to the wildlife an holds the key to the survival of many species across the country. Britain’s population of 80 million ash trees provides shelter and food for a wide range of wildlife, mostly birds and insects. The species’ loosely-branched structure means plenty of light reaches the woodland floor, allowing a variety of plants to grow beneath them.

According to the Environmental Secretary in November 2012, the ash dieback disease cannot be eradicated, in many cases will also need to be destroyed.

Over the coming months, the government said it would work with scientists and other “interested groups to further develop and implement the measures in the plan, and to set a longer term approach to tackling Chalara”.

Dieback, caused by the Chalara fraxinea fungus, was first recorded in eastern Europe in 1992 and spread over two decades to infect most of the continent.

If you have an Ash tree in your garden, this fungus may have already affected it, with spores being blown across europe.

Contact JJ&B to survey and monitor the tree and ensure it does not cause a threat by damaging or collapsing upon your property, or even worse, your family or neighbours.